The comprehension of bone damage processes is a crucial hint for the understanding of age-related fractures that are strongly linked to osteoporosis, a diffuse pathology that consists in a decrease in the mineral content of bone, leading to an increased fragility. In this context, early diagnosis is the key. Bone is characterized by a complex hierarchical structure and bone damage occurs at the multi-scale. However, while at the clinical level, macro-scale bone damage is clearly visible, the mechanisms that occur at the micro-scale (lacunar level) are still unknown. In order to shed some light on this aspect, Euro-BioImaging users from the Politecnico di Milano (Italy) combined a newly developed experimental set up with ad-hoc numerical analyses at the Phase Contrast Imaging Flagship Node Trieste.

Healthy and osteoporotic samples from human femoral heads have been harvested after the approval of the ethic committee of Gruppo San Donato Foundation. The samples have been studied during 2020 and 2021 at the Euro-Bioimaging Phase Contrast Imaging Flagship Node Trieste. An ex-novo compression device (light, X-ray transparent, transportable) has been mounted and the imaging protocol has been optimized. Micro-CT scans at the micron scale resolution not only provided the proper resolution for micro-architecture visualization, but also allowed to highlight micro-cracks formation by means of the phase contrast imaging. These features are not visible in conventional benchtop micro-CT systems.

Overall, this Phase Contrast micro-CT demonstrated the high potentials of the technique in visualizing the bone microstructure and detecting the cracks formation. 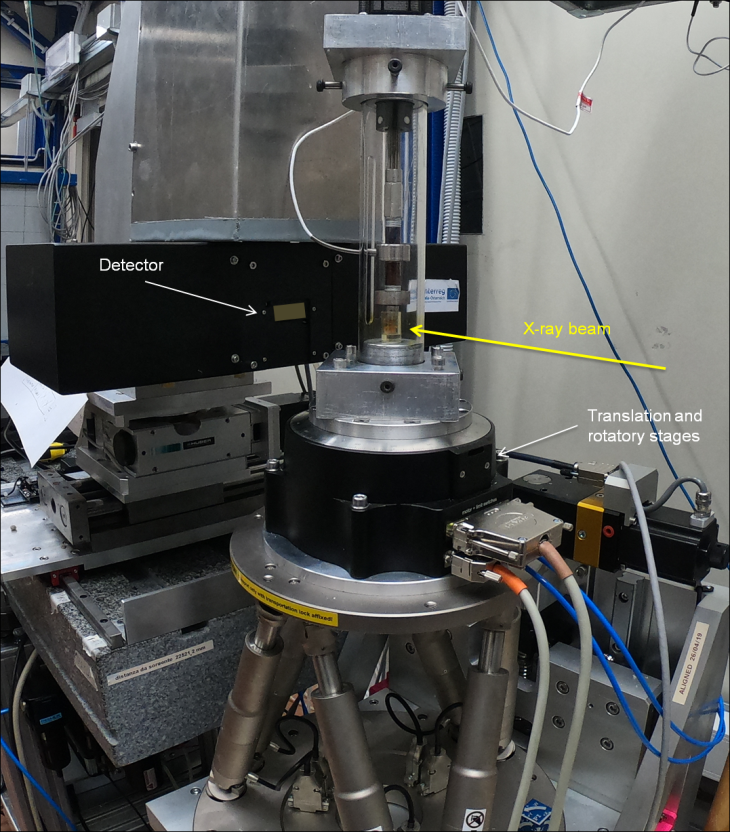 Fig. 3 – Setup at the SYRMEP beamline with the testing machine 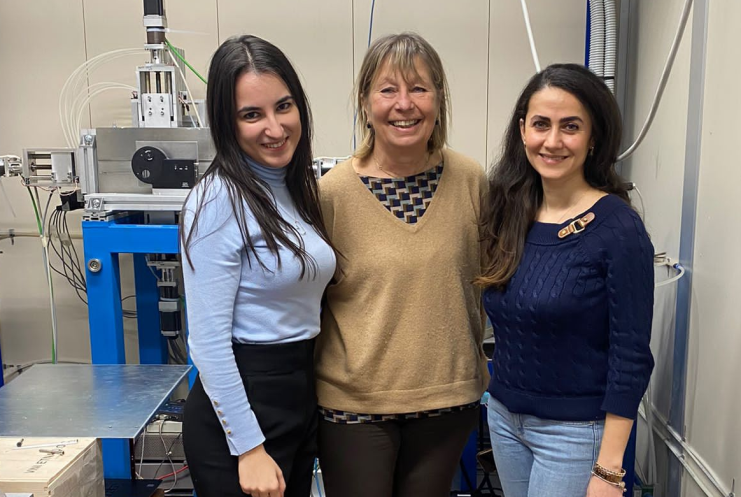 The Italian Phase Contrast Imaging Flagship Node is based on the SYRMEP beamline of the Elettra Synchrotron light source (Trieste). The beamline staff has many years of expertise in X-ray techniques, image processing and analysis, matured collaborating with users and imaging groups of other laboratories. Competences in application of new modalities like the low dose phase contrast CT, suited for in-vivo studies, and in dosimetry, have also been developed. As part of Euro-BioImaging, the Phase Contrast Imaging Node provides open access to imaging & data handling expertise to all scientists.